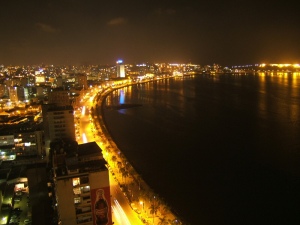 Twenty years on from Kapuchinski’s exceptional account of the coming of Angolan independence, Another Day of Life, Judith Matloff, an American journalist, reported on the country. Subsequently she produced this book, one of the best English language books on modern Angolan history.

Matloff covers a period which I found particularly compelling because it was that just before the time I worked in Angola myself. She gives us a fine narrative account of these years of continuing civil war, between the governing MPLA and the rebel UNITA movement under the leadership of the psychotic Jonas Savimbi, and the stumbling, ultimately illusory efforts towards peace. Her work is rooted in attention to the history and culture of Angola with a focus on the impact the slaughter had upon the ordinary people. Matloff allows herself into the story occasionally, but with refreshing honesty about her weaknesses and mistakes, avoiding the “journalist as hero” cliche.

Matloff’s title reminds the reader how the bloodshed of Angola’s protracted war was generally ignored by the world for years on end. It is a pity that the book itself also seems to have become as forgotten in the West as the Angolan war was. This is war reportage in the finest tradition of Martha Gelhorn.

1 thought on “20 years on from Kapuscinski: Fragments of a Forgotten War by Judith Matloff”