War is a book derived from the author’s time spent with an American combat unit in Afghanistan. It is is an exceptionally honest and thoughtful meditation on battle, what it does to combatants and the nature of courage. 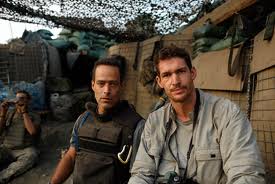 Junger frequently allows himself into the story but by and large avoids the “journalist as hero” cliche, using his presence as a surrogate for the reader, trying to make sense, with occasional reflection on social science and history, on what he is seeing and experiencing.

The book generally eschews context, both geo-politcal as well as local, with the voices of Afghans barely heard, and the politics of the region largely undiscussed. Junger argues, not unreasonably, that this is beyond the scope of his research focus. Nevertheless the book remains vital for understanding the risks inherent in waging this type of war. If the reader bothers to contemplate this book beyond the fine writing and gripping descriptions of battle, death and survival, they will find an unsettling moral: if courage is love, as Junger argues convincingly that it is, then the loyalty that breeds may also provide, at least sometimes, the basis for individual participation in atrocity and cover up.

1 thought on “War by Sebastian Junger”