The growing calls for boycotts of Israel and Israeli goods led me to reflect over the past couple of days on the role of boycotts in the struggle for human rights.

I reckon Anti-Slavery International can (just about) claim credit for the idea of the boycott: in the 1790s: our predecessors in the Committee for the Abolition of the Trans-Atlantic Slave Trade advocated boycotting slave-produced sugar as part of the campaign to end slavery.

The boycott was later introduced to Ireland by one of the greatest of all Irish leaders, Charles Stewart Parnell, in the midst of the agitation for land reform in the late 19th Century. He was desperate to obtain an effective means of non-violent resistance that would harness the energies of his movement and head off potential for violence as the conflict intensified. Shortly after proposing the idea it was put into impressive effect against the eponymous Captain Boycott in Mayo and his name has stuck to the tactic. 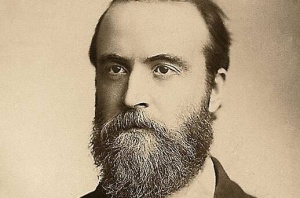 When delivered effectively boycotts can still be potent weapons. But they are also often blunt instruments: They can and do cause hurt to those they are launched in sympathy with as well as their oppressors. During the struggle against apartheid in South Africa activists were clear that boycotts of South African goods would also harm black South Africans alongside the racist clique running the country. However they judged that the level of harm would be marginal compared to what they were already suffering and the damage to white economic interests would be disproportionately higher.

Given the risks of harm to intended beneficiaries the boycott, as a weapon in the struggle for human rights, must be one of last resort. Anti-Slavery, in consultation with colleagues in Uzbekistan, judges that the state-sponsored child slavery practices in the cotton sector there warrant a boycott. There have also been suggestions of a boycott of the Qatar 2022 World Cup because of the routine use of forced labour by that country in the construction of the venues and infrastructure for that event. However the ideal would be that international pressure on the Qatari authorities would lead to increased opportunities for decent work for the tens of thousands of South Asian workers who have sought employment there as a potential route out of poverty. 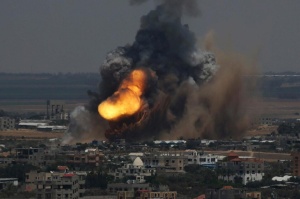 The conflict in Israel/Palestine arguably dwarfs these examples in terms of complexity. But if Israeli policy in the Occupied Territories continues to convince the world that that government has chosen the path of apartheid rather than peace, as former US President Jimmy Carter feared, then many may feel that the conditions necessary to justify a boycott have been met. Perhaps this prospect may eventually open the minds of the Israeli government to alternative policy responses to their illegal occupation of Palestinian lands and their siege of Gaza, 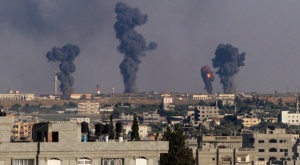 away from their current predominantly narrow, military ones. As the Palestinians pose little military threat to Israel there is little chance of a just peace deal being formed to resolve the military conflict. But the moral revulsion that Israel’s disproportionate assault on Gaza has provoked in much of the world, and their continued flouting of international law, may ultimately bring about a comprehensive boycott of the country and with that an increasing economic threat. Ultimately that may demand more just resolution of the conflict with the Palestinian people before international opprobrium becomes intolerable.