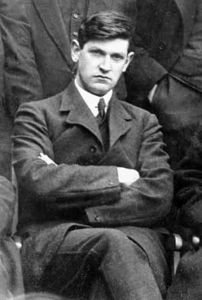 Margery Forester’s “Michael Collins: The Lost Leader” was generally regarded as the definitive biography of Collins until Tim Pat Coogan’s more recent work. Where Coogan excels on the military aspects of Collins career, particularly the conduct of the intelligence war, Forester offers a more personal picture, with much of her work based on family papers. The result is a fine readable account of Collins life, with the sections from the truce to Collins’ death particularly gripping.

Forester notes how Collins mentioned to one of his colleagues during his final tour of Cork, that “Dev” – Eamon deValera, the anti-treaty political leader – was rumoured to be in the same locality. She doesn’t explore the theory that this is exactly why Collins himself was there – to explore options for peace. Unfortunately breakdown in intermediaries meant that this effort ended in the tragedy of Collins’ own death.

She also subscribes somewhat to the theory of youthful impetuosity and lack of field craft as principle factors contributing to Collins death at Beal na mBlath, wishing that he had acquiesed in Emmet Dalton’s instruction to Collins’ driver to “Drive like hell” through the ambush when the first shots hit, rather than stop and fight. Accounts elsewhere from other members of Collins’ party, state that the road was strewn with broken bottles ahead of the dray that blocked the convoy’s way. This suggests that Collins may have been more tactically astute than he has previously be given credit for, in ordering the halt rather than, in an attempt to run the ambush, risking catastrophic damage to the tires of the vehicles and rendering the entire convoy sitting ducks in the midst of hostile countryside.

Whatever the circumstances the abiding tragedy of Collins’ death is well conveyed in this book which shows his growth from impetuous youth to effective revolutionary to statesman in a few short years, and leaves the reader with the aching wonder of what might have been achieved had he lived.