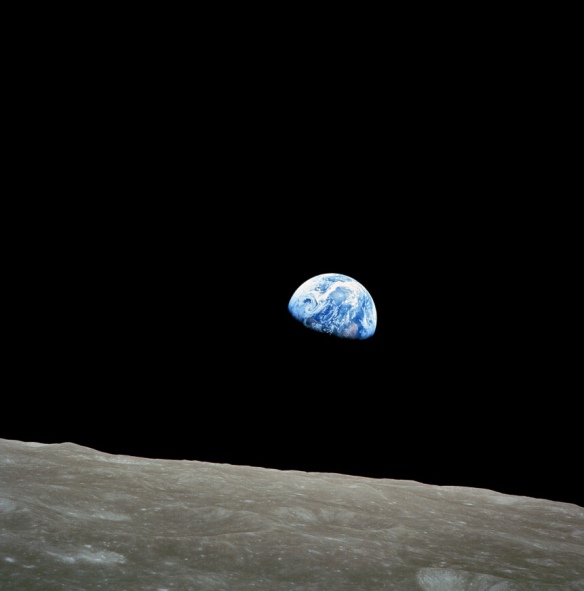 Summary: up close to the raggedy edge of human exploration

In 1968 a rocket blasted off from Cape Canaveral in Florida. Its crew were tasked with testing if Jack Kennedy’s ambition of putting a human on the moon before the end of the decade was at all feasible. So untried was the technology they were using and so enormous was the task they had been set, no one was quite sure if everyone on board was going to come back alive.

Human beings at the cutting edge of exploration is a recurrent theme of Marty Sandler’s work, and Apollo 8 is a gripping addition to his oeuvre. It tells the story of the first humans to break the ties of Earth and travel to the orbit of another planet. It is, as one might imagine, filled with incredible drama. But it is also, as Sandler very convincingly argues, a journey which changed the course of human history.

For many space programmes, such as Apollo, seem extravagant wastes of money given the challenges of hunger and poverty that face so many on Earth. Jack Kennedy’s own brother Edward made this very observation in the early 1970s. But, as they orbited the moon the crew of Apollo 8, Frank Borman, Jim Lovell and Bill Anders, became the first humans in history to witness the Earth rising over the horizon of the moon. The photos they took of this captured the public imagination and conveyed in a way that words could not, the fragility of human existence in the vastness of the universe. Consequently it became an impetus for the environmental movement.

Apollo 8 tells the whole story of this extraordinary journey and its implications in Sandler snappy prose style. And the photographs that accompany the text are glorious.