There’s a lot of things Boris Johnson doesn’t like: monogamy; consistency; telling the truth; Paddies… particularly smart Paddies; “picaninnies with watermelon smiles“. But since he became Prime Minister it has become clear that more than anything else Johnson detests scrutiny. Foghorn Leghorn is less chicken than Johnson faced with evidence of his lies, duplicities and stupidities.

Of course this would be fine in a totalitarian society. You know: one that does not have a parliamentary system like the one Johnson has just decided to shut down. There Johnson would make a passable Mussolini, or a Ceausescu at a pinch.

But it is a terrible problem in a society that is meant to be democratic: in such societies the executive are meant to be accountable to the citizenry through parliament, and citizens can only fulfil our responsibilities in the system if parliament is functioning and we know what is going on.

This is what Edmund Burke was getting at in 1787 during a parliamentary debate on opening up of press reporting of the House of Commons. Then he refered to the press as the “fourth estate“, thereby alluding to the vital role they had in ensuring that the people of a nation knew what was afoot with their government. 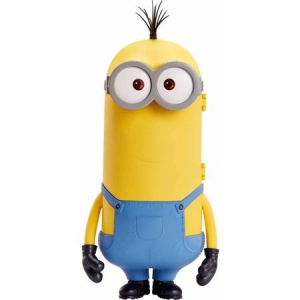 So one can at least see consistency when, in addition to shutting down parliament, Johnson and his minion Dominic Cummings establish a policy of refusing Channel 4 News and BBC Newsnight requests for interviews. Just like House of Commons select committees, these are the few remaining places in the UK where Johnson and his spectacularly dim ministers might get asked hard questions. Like: It’s just that you really don’t care if bloodshed returns to the British border in Ireland, isn’t it? Or: How many ruined lives would you deem as too many for a proper British Brexit?

You might think that voters have a right to know Johnson’s answers to such questions. But understand it from his point of view. Honest answers would make him look bad. And, as Eddie Mair showed, he really isn’t a good enough liar to blag his way when faced by a competent interviewer.

No! It’s better for Johnson if he just bunkers in and avoids the nasty hard questions that make him look like the callous eejit that he really is.

Johnson’s hero Churchill may have eschewed the safety of the bunker during crises, but there’s no reason why Johnson should. After all, its not like Herman Goering gave interviews to to the Manchester Guardian when he was also trying to trash British democracy.

Given this, it would probably not cut much ice with Johnson or Cummings to remind them of what that smart Paddy President Jack Kennedy once said:

“there is a terrific disadvantage not having the abrasive quality of the press applied to you daily, to an administration, even though we never like it, and… even though we disapprove, there isn’t any doubt that we could not do the job at all in a free society without a very, very active press.“

Such ideals are not to be allowed in Johnson’s Airstrip One. Here “ignorance is strength”, and that is how the tinpot have always liked it.