Summary: a fine journalistic account of war and power politics in the Balkans 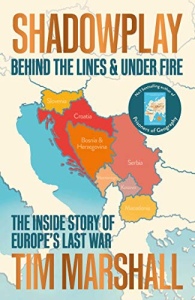 The war correspondent is something of a non-fiction counterpart to crime novels’ gumshoe: a guide through the dark and bloody places that most of us would never dream of personally approaching but still are fascinated by from a few steps removed. Journalistic accounts of war also provide even the most venial of hacks the opportunity to present themselves as heroes of their narratives.

Tim Marshall, author of an outstanding book on geo-politics, Prisoners of Geography, avoids that particular egocentric trap by casting himself very much as the anti-hero. Here he is generally the blundering foreigner dependent on his savvy Serbian colleagues to obtain understanding and avoid dangers.

It is a generous approach and illuminates with flashes of warmth and friendship this, often bleak, account of bloodshed and power politics during the war in Kosovo and the democratic revolution in Serbia.

“After the Second World War,” Marshall notes, “the West Europeans gradually invented the European Union as their attempt to prevent them from killing each other again. The Serbs and their neighbours had Yugoslavia, Communism and Tito. The EU survived, and the other three didn’t. When Tito died, the ties that bound their neighbours, almost as brothers, frayed and then snapped.”

Marshall may, on occasion, display a regard for the British Army that can really only be shown by someone who has never had their country occupied by them. But otherwise he is impressively clear-sighted about the atrocities and bloody blundering of all sides in these wars, including NATO.

Like much of history, this is not a book with a happy ending. Both Serbia and Kosovo currently sit outside the European Union, their economic and democratic development stunted, with many of their young people abandoning their countries in the hope for a better life elsewhere. Neither will be admitted so long as there is a continuing “bilateral dispute” between them.

This seems rather short-sighted however. Both the UK and Ireland entered the EU in 1973 with a de-facto “bilateral dispute” relating to the North of Ireland, and it was common membership that provided the framework for ultimate resolution of that “dispute” with the Good Friday Agreement – something Brexit now fundamentally threatens. Given Europe’s abject failures in relation to the Balkan wars of the 1990s perhaps we should relook at the opportunities for enduring peace that all the Balkan nations accession the the EU could provide.

This is a book that is so silly in its concept that it’s actually brilliant. It is a scene by scene discussion of the movie Where Eagles Dare, a movie that has somehow come to occupy a “unique place in the consciousness” of the author.

The book reminded me in a strange way of another film, The Grand Budapest Hotel. That film pretended to be a whimsical farce, but ended up touching quite profoundly upon life and history. In this book, Where Eagles Dare allows the author to entertainingly digress on all manner of subjects, from Richard Burton’s drinking, to Mary Ure’s pioneering work as action heroine – a proto-Buffy, if you will – to Clint Eastwood character’s disturbingly sadistic preference for killing with a knife when in possession of a perfectly good silencer. In the course of this the author also touches upon youthful hope, life, and war.

I’m never going to be 15 again watching this for the first time with my family at Christmas. But this book brought back the memory of that pleasure, if only for a fleeting moment.

Summary: Churchill – both a hero and a villain 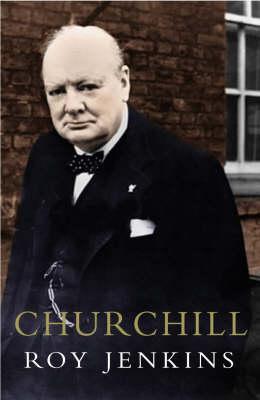 In Brexit Britain one’s attitude towards Churchill is something of a faux-patriotic touchstone. Recently shadow chancellor John McDonnell caused frothing indignation amongst the perpetually offended right-wing of British society when in response to a silly question, “Churchill: hero or villain?” he responded, “Villain,” citing Churchill’s behaviour, when Home Secretary, towards striking miners in Tonypandy.

Of course, one of the reasons that Churchill attracts so much biographical attention is that he is a complex figure.

Considerable portions of Churchill’s career, most notably his resistance to Nazism, are the epitome of heroism. At a human level he was also very funny and impressively magnanimous. For example, he formed a close friendship with Smuts, who he had fought against, and been imprisoned by, in South Africa. Jenkins also suggests, probably correctly, that Michael Collins would have become an enduring friend if he had lived, and one can only regret the consequences to Anglo-Irish relations that he did not.

But other aspects of Churchill’s character and leadership are markedly less attractive. For example his deep grained racism and his unreconstructed imperialism are manifestations of the very worst aspects of British history and society.

That these positive and negative elements resided in Churchill simultaneously, for example catastrophically worsening the Bengal Famine in 1943 while playing a central role in formulating strategy against Hitler, makes him an altogether more interesting and problematic personality than either his acolytes or his detractors might prefer.

Roy Jenkins’ biography of Churchill goes a considerable way towards exploring this complexity across the course of Churchill’s career from youthful imperial war-junkie, to young Conservative MP, to Leftish Liberal cabinet minister, to rancidly bigotted opponent of Indian independence, to prophetic voice against the rise of Hitlerism, to heroic war leader and after. Jenkins also details Churchill’s parallel career as a voluminous writer, a career that ultimately brought him a, somewhat controversial, Nobel Prize for Literature.

There are omissions – there is no discussion of the Bengal Famine – the gravest stain on Churchill’s record, dwarfing even his civilian bombing policy against Germany, his startlingly naïve fawning towards Stalin, and his complicity in the betrayal of Poland to Soviet tyranny, all issues which Jenkins discusses in some detail,

It is very much a political biography focusing on Westminster and Whitehall machinations, and the deliberations of high summitry amongst the “Great Powers.” So it would probably benefit a reader to have some extant knowledge of events in the wider world as they affected ordinary human beings, particularly the struggle for Indian independence, the course of the Second World War, and the Suez crisis.

The book is enriched by Jenkins’ insider knowledge: his early parliamentary career overlapped with that of Churchill; and before rising to the presidency of the European Commission Jenkins was also British Chancellor and Home Secretary, two posts Churchill also held.

Nicholas Soames, currently a Tory MP, tells the story of how, as an eight year old he once intruded on Churchill with the question, “Grandpapa, is it true you are the greatest man in the world?”

Ultimately Jenkins shares this conclusion, that Churchill was the greatest human being ever to hold the office of British Prime Minister. It is perhaps an easier assertion for a Briton to make than for any citizen of a nation that suffered the bloody consequences of his racism to accept. But Jenkins certainly provides a rich portrait of this compelling personality, one who did so much to shape the Twentieth Century, particularly in relation to the triumph of European democracy.