Summary: still with something vital to say about a new Ireland

Odysseus has come to Lemnos with Achilles’ son, Neoptolemus, to procure the bow of Heracles, without which, so it is foretold, Troy cannot fall. Unfortunately for Odysseus this is in the possession of Philoctetes, a former comrade abandoned by Odysseus on this island because of his foul-smelling, unhealing wound.

The Cure at Troy contains some of Heaney’s most famous lines, including that of Chorus reflecting that sometimes “hope and history rhyme”. This became something of an epigram for the Irish peace process organised by Heaney’s former schoolmate, John Hume.

But while there are themes of forgiveness in The Cure at Troy its protagonists are not actually concerned with peace but with the organisation of an atrocity. When Sophocles wrote the original play the audience would have been aware of the horrors that Odysseus and Neoptolemus would inflict in their future on the women and children of Troy. Heaney, a classical scholar himself, would have known this too and Chorus warns these men against the very atrocities that they will go on to commit.

But, just as in the midst of the Troubles, in this play the pleas for peace and restraint are, at the very moments they are being said, falling on deaf ears. Neither Odysseus nor Neoptolemus are interested in such things. Instead they are dreaming of rape, pillage and martial glory. Across the course of the play they do not really change from Chorus’ initial assessment of them: “…every one of them / Convinced he’s right, all of them glad/ To repeat themselves and their every last mistake/ no matter what./ People so deep into /Their own self-pity self-pity buoys them up.”

Perhaps that is a more fitting epigram for the current state of the Peace Process and the hopes of a New Ireland in the aftermath of the UK’s buffoonish Brexit: “Republicans” dwell on the hurt they have suffered and dismiss the pain of those on whom they have inflicted hurt. “Loyalists”, convinced of their fundamental entitlement to privileges they would love to deny their nationalist neighbours, are in denial of the consequences of their own actions, and desperate to blame on someone else the damage they have inflicted on their own community.

But in recognising the humanity of murderers even as they plan their foulest atrocities, the play reminds us that eventually the pleas for restraint and toleration are recognised to be not mere idealism or wishful thinking but the overwhelming wisdom essential for survival. Sometimes hope and history do indeed rhyme.

Summary: an exquisite collection reflecting on life and loss

“I buy a slide projector in a charity shop/ another woman is after it/ I avoid eye contact” (Glass).

Antje Krog, in her remarkable book on the South African Truth Commission, Country of My Skull, suggested that finding a new way to say, “I love you, but you don’t notice me,” is a measure of a fine poet in Western society. In her book, Glass, Emily Cooper finds new ways of describing this and many other aspects of ordinary life, from heartbreak to cooking to bereavement.

Her poem, Notions of Sex, a poignant description of determined recovery from romantic disappointment, is also overlaid with echoes of the violence and threat that women and girls have to endure. Her poem Old Lives is a mediation on the regrets associated with paths not taken, the repercussions of very real grief, and lonely optimism: “Open the window and/ Drink a glass of cheap French brandy/ To bring in the New Year.”

With her Northern accented ponderings on life through the prisms of some of the quainter corners of our common European homeland, eel cookery, and the myths of ancient Greece, Cooper shows an echo of Seamus Heaney. But her voice is still all her own and she is an exquisite successor to that giant.

Summary: what weeds teach us about the human condition

I don’t read as much poetry as I used to, but I loved this book.

As its title suggests it takes its starting point from things we may often overlook or take for granted, but in these things Amy Charlotte Kean finds insights to the human condition, and indeed the universe, that “glitter like C-beams in the dark”.

Reflecting on the White Deadnettle, for example, Kean observes, “They/ sting/ because/ like an evil stepmother/ they flourish/ thru the elaborate dismantling of/ innocence.” Or her ruminations on life prompted by the Stag’s Horn Sumach: “The secret is to worship the poets/ Quote the philosophers, thank the men/ And don’t dare, even once, act normal.”

The book is beautifully illustrated by Jack Wallington, but it is Kean’s poetry that unsettles and stirs the soul. 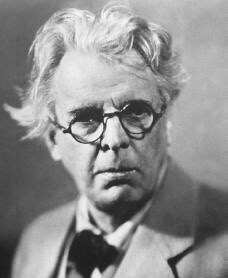 With the triggering by the British Government in March 2017 of Article 50 to remove the UK from the European Union, Yeats’ question receives, perhaps, a rather definitive answer.

The foundations of Irish peace are European. Ireland’s and Britain’s common membership of the European Union allowed for some of the most corrosive aspects of the relationships between the two islands, and within the island of Ireland, to be finessed and for relationships to be recast in more constructive ways. Now that the Troubles are taking on the aspect of history it is too easy to forget how ghastly they truly were, and the sort of concerted, painful political effort that was necessary to bring them to some sort of conclusion.

But the careful progress that has been made towards a more enduring peace has been cast aside by the English political establishment as something of no account. So intent are English nationalists now on their dreams of reclaiming some long past imperial “glory” they plan to devastate the foundations of that peace with no thought of the consequences.

England won’t ever keep faith with Ireland, it seems. Ireland’s interests, Ireland’s peace, will always be subordinate to English prejudices and xenophobia.

One new year a Green Knight interrupts the feasting at Camelot and challenges the assembly: this day he will stand still an receive one blow from any one of them with his axe. But the following new year the person who deals the blow must likewise stand still and receive a blow in return. Sir Gawain accepts the challenge and cleaves the Green Knight’s head from his body. The body promptly pick up the head, which reminds Gawain of his vow, and gallops off into the night.

Hence the following winter Gawain sets off to find the Green Knight and keep his bargain.

As with Heaney’s Beowulf, Armitage’s voice in this translation is recognisably modern but rendered in the faithful service of the original poetry. Many of the descriptive passages of hunting are particularly memorable. There is also palpable tension in the finely drawn sequences when, towards the end of his quest, the wife of Gawain’s host attempts his seduction.

All in all one of the most deeply satisfying books of poetry I have read in a long time. 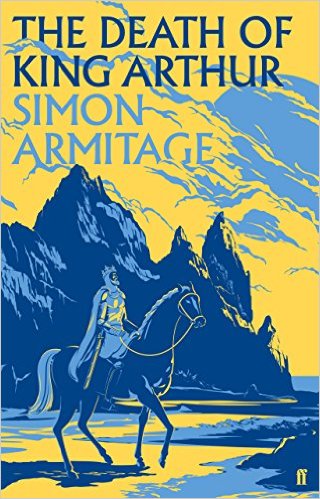 Simon Armitage follows up his exquisite translation of Sir Gawain and the Green Knight with this translation of the Alliterative Morte d’Arthur. Again, as Heaney also did so brilliantly with Beowulf, he manages to render into contemporary language the poem while remaining true to the original’s spirit and content. The almost monotonous relentlessness of the violence in this poem however makes it a somewhat less satifying work that those other two, but it is still an entertaining excursion to the Dark Ages.

The story begins with envoys of the Roman Emperor showing up in Arthur’s court demanding tribute. Arthur responds by declaring war on Rome and setting off on a campaign to assert his own rights in Europe. Behind him, in Britain, he leaves his nephew Mordred as regent… a bad mistake.

Much blood and internal organs are graphically shed as Arthur fights his way across Europe, with Gawain, the greatest of his champions, in the thick of the fighting. Armitage notes in the book’s introduction, that this is an older, more seasoned Gawain than the one we encountered in the Green Knight, but he remains, in his chivilrous concerns, recognisably the same character even in the midst of some very sanguinary battles.

One other thing that struck me about this poem: in it Britain is very much a nation at the heart of Europe, a Celtic kingdom that extends from southern Scotland to central France. Arthur is explicitly represented amongst the Nine Worthies as pre-figuring the unmistakeably pan-European Charlemange and Godfrey of Bouillon, a leader of the First Crusade. Hence he is more entitled to the throne of the Roman empire than the man who has demanded tribute of him. It is Ireland and the Scottish Highlands that are the place apart, the uncivilised Atlantic fringes beyond the European mainstream. How times change.

Overall this is a fine, compelling piece of work by one of the most interesting and entertaining of English poets, one who is also currently working at the top of his game

A exquisitely written and consistently gripping new version of parts of the Iliad, starting from Achilles’ quarrel with Agamemnon and ending with Achilles arming for battle against Hector.

In between these two points the book is brimming with arresting images and ideas: Hector compared to a desert burned Rommel; Apollo as “Lord of Light and Mice”, the Sun-god and the bringer of plague; The fate of Troy decided in an ill-tempered negotiation amongst the gods echoes contemporary discussions in corridors of power to visit slaughter on nations and cities half a world away; and, almost as an aside, with the consistent referencing to Zeus as “God” and Apollo “his son” Logue asserts significant Greek influences on the development of Christianity, at the same time making the contemporary resonances of the work all the more stark.

I am not familiar with other adaptations or translations of the Iliad so cannot make any useful comparisons, but I found Christopher Logue’s reworking of the Iliad an exceptional work of poetry – funny, chilling, horrific and thought-provoking by turns. A stunning piece of work.