Summary: A routine blackmail case opens a whole nother can of worms for Marlowe 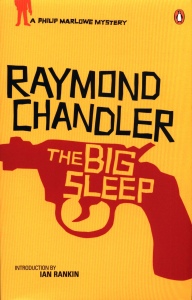 If Rusty Regan had still been around General Sternwood would never have had to call Marlowe. But Rusty took off weeks ago and Sternwood needs someone discrete to handle this Geiger fellow’s blackmailing grift.

It seems like a straightforward gig to Marlowe. Then Geiger turns up dead. And everyone starts getting real interested in the whereabouts of former IRA commandant Terrance Regan.

Four things you can always count on Chandler for: twisty plots, strong atmosphere, femmes fatales, and prejudice. Just as I was feeling that The Big Sleep was remarkably free of the sort of bigotries that mar his other books, such as The Long Goodbye, Chandler decides The Big Sleep needs a discourse on gay men. Unsurprisingly Chandler’s thoughts on the subject are of the sort that probably render the reader just a little stupider in their reading.

There are bona fide loose ends in The Big Sleep: it’s never quite clear who killed everyone or why. But a thing that has always intrigued me about The Big Sleep is whether Chandler based the character of Regan on Ernie O’Malley. 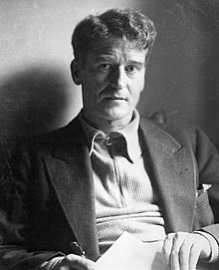 O’Malley, a former IRA commander and writer, spent a chunk of the late Twenties and Thirties in the US hanging out amidst artistic and literary circles. I can’t find any indication that Chandler and O’Malley ever met. But Chandler’s description of Regan does sound very like O’Malley: “a face that is sad rather than merry, more reserved than brash… a forehead broad rather than high, a mat of dark, clustering hair… the face of a man who would move fast and play for keeps.”

Admittedly this question is probably only of minority interest. What is more important is that if you can stomach Chandler’s horrible prejudices for a bit, this is a classic piece of hard-boiled detective fiction, beautifully written with moments of poetry, and gripping from start to finish.

Summary: A gripping historical detective story, probing the dark heart of the system of slavery that made Britain rich. 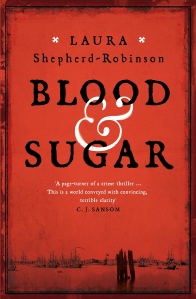 The origins of Britain as a leading commercial and industrial nation lie in two comparably genocidal events: the trans-Atlantic slave trade, and the conquest of India.

These are atrocities that the majority of British people know little about. Insofar as they may be aware of the slave trade they probably only know of William Wilberforce’s parliamentary campaign to end it. The painstaking and arguably more important work by Clarkson, Sharpe, Equiano and the Quakers, that made parliamentary action possible by shifting the tide of public opinion against this industrialised trafficking of human beings, is much less well known.

Well, if British people remain ignorant of this for much longer, it will not be for Laura Shepherd-Robinson’s want of trying.

Blood and Sugar starts with the gruesome murder of an abolitionist lawyer in the slave port of Deptford. But, horrific as this event is, as veteran of the American war, Harry Corsham, discovers when he begins to probe into the death of his erstwhile friend, this is not the worst thing that those responsible for the slave trade have done.

Blood and Sugar is a gripping and richly detailed historical detective thriller that probes unflinchingly into the savagery of the trans-Atlantic slave trade. Its power is magnified by its verisimilitude: while the foreground figures may be fictitious there is nothing made up about Shepherd-Robinson’s descriptions of the horrors of the Middle Passage and the tortures routinely inflicted upon enslaved Africans.

Shepherd-Robinson has already gained deserved praise from other exemplars of the historical detective story. But even if comparably entertaining to the best of this genre Blood and Sugar is something altogether more important. It is an act of remembering, bringing to, potentially, a whole new audience one of the foundational events of modern Britain. If readers are also stirred to remember that slavery still afflicts some 40 million people across the globe, many of them still in conditions akin to those described in this book, then all the better.

Blood and Sugar is a mighty accomplishment.

Summary: “Of course, the deaths of young men in battle are tragic. But that is not the worst fate.” 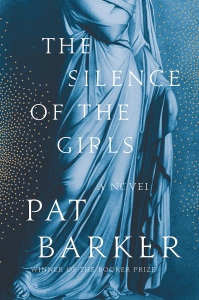 History tends to be kind to men because, until quite recently, we tended to write all of it. Hence the literature on war has emphasised the courage, camaraderie and sacrifice of the combatants, rather than the plunder and rape they have so often indulged in after the battles.

This pattern was set from the outset with the Iliad. It tells us that Briseis was Achilles’ slave taken when he stormed one of many Trojan cities. But the depth of the brutality of her experience is not explored. It is a mere footnote on the Iliad’s central concerns of Achilles’ rage – at Agamemnon’s affront to his honour, and at Hector’s killing of Patroclus in battle.

With The Silence of the Girls, Pat Barker refocuses the story of the Iliad onto the civilian victims of war, the women and children raped, and then enslaved or murdered by the “heroes” of the Iliad. With this focus on violence against women, it is perhaps something of a fictional counterpart to The Five, Hallie Rubenhold’s extraordinary account of the lives of the women murdered by Jack the Ripper.

In many ways this is a faithful version of the Iliad. The famous events, and some of the dialogue of that classic are all here. But the shift of focus of the narrative from Achilles to Briseis results in a wholly arresting and new work of literature. It is her unflinching descriptions of the horrors she and the other captured women and girls endure, and her cool assessments of the incidents and personalities she encounters, that forces us to think anew about this story.

The casualties of war are not distant memories to Briseis, but brothers, neighbours and a husband. The women reduced to chattel slavery by the war are not footnotes to the main story, but her friends, a last source of tenderness in the midst of all the cruelty and carnage.

War has made Briseis wise beyond her years, with any illusions, if she ever had them, about martial glory stripped away and replaced by a profound understanding of human nature in this nightmare. Briseis sees through the facades of “honour” to the truth of the combatants’ characters: Patroclus, in spite of everything, a kind man; Achilles, a warrior since childhood, now a traumatised bundle of rage; Agamemnon, the worst of the worst, a greedy venial despot who has “forgotten nothing and learned nothing,” as Briseis puts it.

I cannot recall being as consumed by a book since I first read Ernie O’Malley’s classic memoir of war, On Another Man’s Wound, when I was about 16 – and I have read many, many great books in the decades since.

The Silence of the Girls is an exquisitely written, unflinching and stunningly beautiful meditation on endurance amidst the horrors of war. It is quite simply a masterpiece. 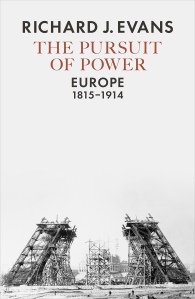 Summary: the origins of our common European identity

In The Pursuit of Power, Richard Evans, a distinguished historian of the Twentieth Century, traces the history of Europe from 1814 to 1914. It is an astonishingly erudite work, alternating chapters on the political history of Europe with ones its social and economic development during these years.

Liberal Europe tried to be born in the 19th Century but was bloodily suppressed across the continent by the forces of reaction in 1848 – militarily in most places but by famine stoked by racist English misgovernment in Ireland.

Nevertheless, the 19th Century did transform Europe in crucial ways: serfdom was abolished; the industrial revolution took place and the continent became more urban; literacy expanded; and from Ireland to Poland subject peoples demanded their rights, respect and freedom.

But just as the seeds of a progressive social democracy were taking root in Europe, the imperial elites had their last piratical fling with their colonialist project, including their Scramble for Africa. This brought 57% of the world’s population under often brutal European and American rule on the eve of the First World War.

Aside from a few points of irritation – the wife of the great Irish leader Charles Stewart Parnell was called Katey NOT Kitty, a moniker both Parnell and his wife loathed – The Pursuit of Power is an extraordinary work. In spite of its vastness of scale it is an elegant and remarkably disciplined piece of writing. The grand sweep of the narrative is frequently illuminated with the voices of ordinary people from across the continent. So, Evans ensures this history retains its human faces. And it demonstrates that, as well as its national sub-plots, an interplay of social, economic and political factors shaped the whole continent and its emergent European identity. Even if that identity’s common values of democracy, human rights and the rule of law did not gain its full expression until after the bloodbath of the Second World War, and even though these values are again under threat, particularly in the UK and Hungary, Evans’ work shows how deep the roots run.

As Sam Bourne (Jonathan Freedland) noted in his recent thriller, To Kill the Truth, some things have a future because they have a past. Europe is one of those things.