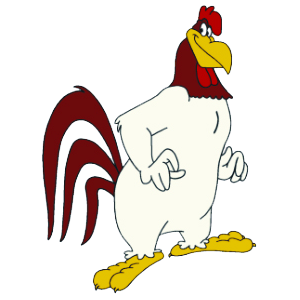 There’s a lot of things Boris Johnson doesn’t like: monogamy; consistency; telling the truth; Paddies… particularly smart Paddies; “picaninnies with watermelon smiles“. But since he became Prime Minister it has become clear that more than anything else Johnson detests scrutiny. Foghorn Leghorn is less chicken than Johnson faced with evidence of his lies, duplicities and stupidities.

Of course this would be fine in a totalitarian society. You know: one that does not have a parliamentary system like the one Johnson has just decided to shut down. There Johnson would make a passable Mussolini, or a Ceausescu at a pinch.

But it is a terrible problem in a society that is meant to be democratic: in such societies the executive are meant to be accountable to the citizenry through parliament, and citizens can only fulfil our responsibilities in the system if parliament is functioning and we know what is going on.

This is what Edmund Burke was getting at in 1787 during a parliamentary debate on opening up of press reporting of the House of Commons. Then he refered to the press as the “fourth estate“, thereby alluding to the vital role they had in ensuring that the people of a nation knew what was afoot with their government.

So one can at least see consistency when, in addition to shutting down parliament, Johnson and his minion Dominic Cummings establish a policy of refusing Channel 4 News and BBC Newsnight requests for interviews. Just like House of Commons select committees, these are the few remaining places in the UK where Johnson and his spectacularly dim ministers might get asked hard questions. Like: It’s just that you really don’t care if bloodshed returns to the British border in Ireland, isn’t it? Or: How many ruined lives would you deem as too many for a proper British Brexit?

You might think that voters have a right to know Johnson’s answers to such questions. But understand it from his point of view. Honest answers would make him look bad. And, as Eddie Mair showed, he really isn’t a good enough liar to blag his way when faced by a competent interviewer.

No! It’s better for Johnson if he just bunkers in and avoids the nasty hard questions that make him look like the callous eejit that he really is.

Johnson’s hero Churchill may have eschewed the safety of the bunker during crises, but there’s no reason why Johnson should. After all, its not like Herman Goering gave interviews to to the Manchester Guardian when he was also trying to trash British democracy.

Given this, it would probably not cut much ice with Johnson or Cummings to remind them of what that smart Paddy President Jack Kennedy once said:

“there is a terrific disadvantage not having the abrasive quality of the press applied to you daily, to an administration, even though we never like it, and… even though we disapprove, there isn’t any doubt that we could not do the job at all in a free society without a very, very active press.“

Such ideals are not to be allowed in Johnson’s Airstrip One. Here “ignorance is strength”, and that is how the tinpot have always liked it. 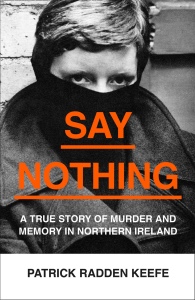 Summary: a devastatingly powerful account of the impact of murder on its victims and perpetrators. One of the finest books ever about the Troubles in the North of Ireland.

In 1972 the IRA kidnapped Jean McConville, a widowed mother of ten. She was never seen alive by her family again. In 2013, following storms, her remains were discovered where they had been buried on Shelling Hill beach in County Louth. She had been killed by a single gunshot to the head.

Jean McConville’s murder by the IRA, on the trumped up excuse that she was informing to the British, was hardly out of the ordinary. Others were also disappeared. Hundreds of innocent non-combatants were killed by the IRA, sometimes by accident, sometimes deliberately. Hundreds more were killed by British Crown Forces and Loyalist paramilitaries. But the IRA’s decision to adopt the tactics of a South American dictatorship and disappear Jean, telling her children that she had abandoned them and that she was a tout, has made Jean’s tragedy one of the most notorious incidents of the Troubles.

It is saying something about the richness and quality of this book that Radden Keefe’s final uncovering of the truth of Jean’s last hours and the name of the person who fired the fatal shot is not necessarily the book’s most important aspect.

Say Nothing draws in part on the “Belfast Project” of Boston College – an attempt at an oral history project on the Troubles so botched that it was easily portrayed, with some justice, as an effort by critics of Gerry Adams to give other critics an opportunity to give vent to their spleen towards him for his imagined betrayal of them by his involvement in the Peace Process. When it was finally subpoenaed by the police it provided them with a rich source of intelligence on historical crimes.

Carefully triangulating the Belfast Project material with his own research and interviews, Radden Keefe focuses on the lives of three of those involved in Jean’s death – IRA members Brendan Hughes, Dolours Price and Gerry Adams – and on the dreadful consequences of the killing on Jean’s children. The result is a devastatingly powerful account of the impact of the squalid, intimate war known on the Troubles on the lives of both its combatants and victims.

Dolours Price and Brendan Hughes were in many ways hugely impressive people: idealistic, extraordinarily brave and self-sacrificing – both endured time on hunger strike, Dolours being tortured through force feeding over a protracted period. But this book details how even these most admirable of human virtues can be twisted in war to enable savagely evil acts.

Both Price and Hughes ended their lives embittered opponents of the Irish Peace Process. They believed that what they had done in war could not be justified by the peace deal that their former commanding officer, Gerry Adams, had signed up to. While they were wrong about the Peace Process they were both probably right that many of their actions could never be justified, not least because so much of their armed struggle was pointless.

On the signing of the Good Friday Agreement (GFA) in 1998 Seamus Mallon, Deputy Leader of the Social Democratic and Labour Party (SDLP), described that agreement as “Sunningdale for slow learners.” It’s a line that rankles the Provos to this day. Mallon was referring to a power-sharing agreement in 1974 that had similar constitutional provisions to the GFA, but which Sinn Fein and the IRA, along with the far-Right Democratic Unionist Party, had opposed. This led, in part, to the bloody continuance of war for another two decades until we ended up in more or less the same place. 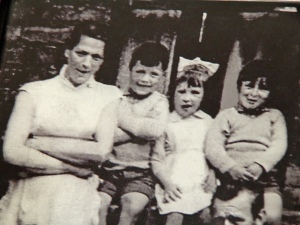 Jean and some of her children

Peace has been good to Gerry Adams – the man who, as an IRA commander, according to Price and Hughes, ordered the death and disappearance of Jean. He is now something of an elder statesman, basking in the glow of the Peace Process and apparently untroubled by his bloody IRA past. Of course he always denies having been a member of the IRA, a barefaced lie that stoked the fury and deepened the embitterment of both Price and Hughes, subordinates who had only been following his orders.

Both Price and Hughes went to early graves consumed by the guilt and trauma of what they had done to Jean and others like her. Doubtless when they died they were still trying to convince themselves of the rightness of their actions. Doubtless also they tried not to think of the consequences of their actions on Jean’s children: Her lonely murder at night on the shores of the Irish Sea led to the break up of the family, the institutionalisation of several of her children, and the devastation of the lives of that next generation.

Say Nothing is a remarkable work of journalism and history. It is one of the finest books ever written on the Troubles. It is vital reading for anyone glib about the value of the Peace Process or with any romantic illusions about revolutionary war.